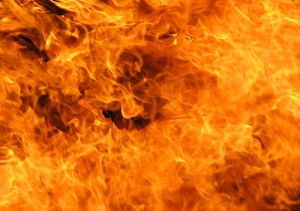 You don’t have to smoke a cigarette for it to kill you.

Unattended cigarettes started 30,000 fires between 2003 and 2008, according to EU data, killing 1,000 people and injuring 4,000 more. The grim statistics have driven the EU to impose new rules on cigarette manufacturers. They are now required to produce “reduced ignition propensity” (yes, that’s abbreviated RIP) cigarettes that extinguish themselves when left unattended.

There is no such thing as a safe cigarette, and, obviously, the safest thing is not to smoke at all. But if people choose to smoke then the new standards which are about to fully enter into force will require tobacco companies to make only reduced ignition propensity cigarettes, and potentially protect hundreds of citizens from this fire hazard.

RIP cigarettes have rings of slightly thicker paper at two points along their length. Since these rings don’t burn as easily, the cigarettes are much more likely to go out if someone isn’t smoking them. This makes it less likely they will set fire to furniture, bedding or other materials.

These cigarettes are already in use in Canada, the US in Australia. Finland, too, requires tobacco companies to manufacture RIP cigarettes (the only EU country to do so prior to the new law). There, the safer cigarettes reduced the number of fire victims by 43%. If the same holds true for the EU as a whole, the move could save nearly 500 lives a year.

Obviously RIP cigarettes are no healthier than their more flammable cousins. They still pose the same health risks, including lung cancer, respiratory problems and a slew of other serious issues. The only way to eliminate these risks is not to smoke. And, of course, it’s pretty tough to burn yourself horrifically with a cigarette if you don’t smoke them to begin with.