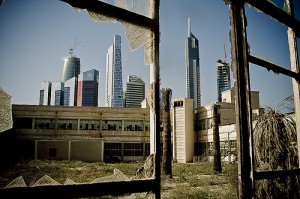 Kuwaiti doctors oppose separate hospitals for expats, saying it will hurt the country's image and reduce quality of care.

The Kuwaiti doctors union has rejected a plan to create separate hospitals for expats, according to a report by Habib Toumi on gulfnews.com.

The doctors said separate hospitals would not only hurt Kuwait’s image abroad, but also the quality of medical care throughout the country.

It is not appropriate to push for the establishment of these hospitals under the pretext that the expatriate population in the country has increased remarkably and depleted the resources of the health ministry at the expense of the citizens […] We recognize the right of every Kuwaiti to the best medical care as stipulated in the Constitution, but the problem requires root-level solutions, instead of attributing it to the rising number of expatriates. This is not a plausible justification for the negligence of some ministers and lawmakers.

Middle East countries remain a magnet for expats. Consider HSBC’s 2011 Expat Explorer Survey, which ranked Egypt and Saudi Arabia the #2 and #3 expat destinations in the world. Unfortunately, the continuous flow of expat labor has put pressure on Middle East healthcare systems, particularly in GCC countries where expats make up the majority of the workforce.

As a result, a number of countries are taking steps to curb rising costs. Saudi Arabia has been most aggressive, reducing expats’ visa periods and imposing quotas on the expatriate workforce. Abu Dhabi has enacted a mandatory insurance law, and Dubai is set to put a similar law in place starting 2012.

It’s also important to remember that there are basically two “tiers” of expats in these countries. At the top are highly skilled workers, many of whom are on assignment from western countries. The lower tier is made up of expats from south and southeast Asian countries, many of whom work as unskilled, manual laborers or as service workers such as nannies.

It is that second tier that concerns GCC governments most, as these expats can rarely afford the cost of medical care. The Kuwaiti plan for separate hospitals would have created facilities specifically to treat these expats. The doctors’ concern was that it would lead to the creation of a cheaper, lower quality system for foreign workers–at the very least the impression of such a system abroad.