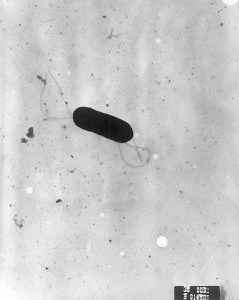 Listeria has a 20% fatality rate in humans.

Of all the health issues concerning expats, food safety is right at the top of the list. Hardly a month goes by, it seems, without some failing, whether it’s radioactive milk or an e. coli outbreak. And it happens in developed countries as well as emerging economies.

Proof? Last week the final death toll from a listeria outbreak in the US hit 30. According to the Center for Disease Control (CDC) the infections were linked to contaminated melons.

Listeria is a bacteria commonly carried by animals. It can also contaminate soil, which is usually how it ends up in fruit and vegetables. In humans listeria has a fatality rate of about 20%. It often causes either sepsis (blood poisoning) or meningitis.

According to the CDC, the US outbreak was caused by contaminated melons sold by Jensen Farms in the state of Colorado. To Jensen’s credit the bad melons were recalled in September–the problem is the symptoms of listeria can take months to appear.

In total the outbreak caused 146 illnesses, 30 deaths and 1 miscarriage by a pregnant mother. The CDC declared it over last week.

Steps for preventing listeria are similar to other food-borne illnesses like e. coli. They include cooking and washing food thoroughly before eating, as well as keeping raw and cooked food separate during preparation. Cut melons that reach room temperature should be thrown out within 4 hours.