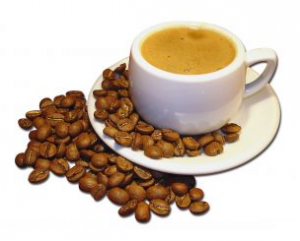 Scientists now believe there is a link between coffee drinking and living longer.

New research has found evidence that drinking coffee every day can help you live longer. Whether you drink regular or decaffeinated doesn’t matter – all coffee drinkers in the study were found to live longer than non-drinkers.

After many studies suggesting coffee is bad for our health, this one, the largest of its kind, has proved otherwise. This research, of 400,000 people in the U.S, reveals coffee can lengthen your life. For years we have been told coffee is detrimental to health, possibly increasing the risk of heart disease.

“Our study suggests that’s really not the case,” said lead researcher Neal Freedman of the National Cancer Institute. “There may actually be a modest benefit of coffee drinking.”

There is still evidence that coffee can raise cholesterol and blood pressure short-term, which then can raise the risk of heart disease. Even in the new study, evidence at first showed coffee drinkers were more likely to die at any given time. However, they were also more likely to smoke, drink more alcohol, eat more red meat and exercise less than non-coffee drinkers.

Once this was taken into account a clear pattern emerged: a cup of coffee a day increases your chances of living longer. The results should be taken cautiously though, researchers say the results don’t prove coffee makes you live longer, only that the two are related.

If you look at countries with the highest coffee consumption per capita and those with the longest life expectancy there are some links.

Of course, life expectancy is dependent on many factors, environmental, sociological and genetic. For example, Japan has the highest life expectancy in the world but falls at 39th for coffee consumption. What this research seems to show that drinking a coffee a day won’t do too much harm, so I for one will continue with my morning java.