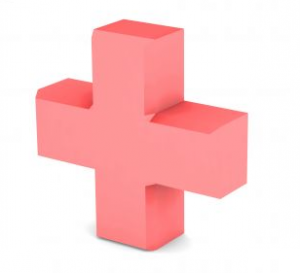 Expats moving abroad should know what to expect with healthcare systems in their new home. Source: svilen001 (sxc.hu)

According to the Global Mobility Study 2012, expat assignment destinations vary depending on where the company is based. The study, commissioned by the Santa Fe Group, is made up of responses from 1,119 companies across the globe and in all industry sectors.

So what does this mean for healthcare in these destinations?

The quality of healthcare in China is as varied as the country itself. There are only a few hospitals that you would consider to be of a western standard, and these are found in major cities. Hong Kong is well served in terms of health services.

Most expats moving to China will have private medical insurance, either provided by their companies, or bought themselves. The state run hospitals and clinics are not commonly used by expats due to language barriers, long waiting times and lack of quality service. The government is however, pouring a lot of money into updating and improving the quality of healthcare.

Many large hospitals are introducing an international wing. This is an attempt by the government to bridge the gap between the high cost of private facilities while using the resources of the public system. They also aim to offer expats the bedside manner and quality of service they may be used to at home.

Private hospitals are commonly used by expats and are found in major cities such as Beijing, Shanghai and Guangzhou. In rural areas these private clinics are practically non-existent. If you are venturing to a state hospital or an international wing it’s a good idea to take a local person or someone who speaks Chinese with you to help ensure smooth service.

Healthcare in the U.S is expected to undergo a major overhaul when Obama’s health reform policy comes into effect in 2014. Currently there are no regulations requiring expats or tourists to have medical insurance. If you don’t have cover however, you run the risk of paying huge medical bills or not being able to get treatment at all. If you do require treatment though, the standard of care and quality of the facilities is among the best in the world.

Expats sent to the U.S will need health insurance if they don’t want to find themselves paying through the nose. If you plan on staying in the U.S for more than a year many insurance companies based outside the U.S won’t continue to insure you. In this case you need to find insurance with an American insurer.

Healthcare in Singapore is among the best in Asia, with many hospitals and clinics available. Most people in Singapore buy health insurance through the state, in a scheme called Medisave. This fund meets most big healthcare costs. In addition to this there is a top-up scheme called MediShield. This is used for chronic diseases and some other conditions.

Hospitals in Singapore are mostly state run, with 14 independent ones. People in state facilities can buy additional services, such as private rooms, and pay accordingly. The private sector in Singapore is the go-to destination for expats and wealthy Asians. Though there have been stories of high bed prices and extortionate surgeon’s fees.

The National Health Service (NHS) in the UK provides free hospital and general practitioner (GP) treatments for all UK residents. Charges are applicable for prescriptions, dental treatment, eye tests and glasses. Pregnant women, those receiving unemployment benefit and children in full time education are exempt from these charges.

Expats from outside the EU are entitled to free emergency care but will have to pay for inpatient and other types of treatment. However, the UK does have reciprocal health agreements with a number of other countries, Australia, former Soviet Union countries and other Eastern European countries to name a few.

In Australia, healthcare is a mixture of state run and private care. Australia has a system of universal healthcare called Medicare, introduced in 1984. Everyone staying in Australia should use this system, but beware of age restrictions on people wishing to join.

All Australian taxpayers contribute 1.5% of their income to Medicare, those with higher salaries contribute 2.5%. However, most funding comes from the central government. Most people are covered for all hospital treatment, and almost three quarters of primary (GP) care. The state also subsidizes private health insurance. Policyholders are reimbursed 30%, this rises to 35% between the ages of 65 and 69. Those aged over 70 are reimbursed 40%.

If you do want to use a private hospital, medical costs are covered by the state upto the cost of a state run facility. You are not covered for dentistry, optometry or ambulance transport under the Medicare system.