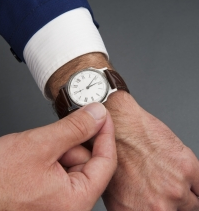 Ways to beat jet-lag and improve your immunity

Researchers have found that the body’s ability to fight off disease is affected by the internal body clock. This natural 24-hour body clock is known as circadian rhythm. Travelling through time zones upsets circadian rhythm, which in turn means the body is more susceptible to infection.

The study, published in the journal Immunity, reported that our body clock influences the production of a protein that detects bacteria and viruses. The body needs to detect invaders before it can fight them off. The Toll-like receptor 9 (TLR9) is a immune system protein that detects the DNA in bacteria and viruses. The way it works and when it is produced is affected by our circadian clocks.

Dr Erol Fikrig, the study’s senior author from Yale University, believes it is very likely the “disruption of daily rhythms, such as from sleep deprivation, affects the immune response.”

How to beat jet-lag

Travellers should try to adapt to their new time zone as soon as they get on the plane.

1. Stay hydrated – bring a good supply of water on board as the humidity on an airplane is lower than the driest place on Earth.

2. Sleep – try to sleep, especially on a long journey. Take a inflatable neck pillow to avoid back or neck strain.

4. Correct times – sleep and eat meals at approximately the same time as your destination.

5. Exercise – walk around the cabin and flex your legs while seated. When you arrive if you can’t sleep at the right time a short burst of exercise might help you settle.