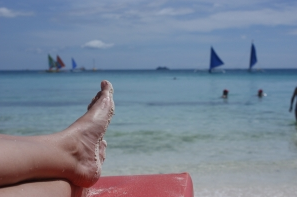 The medical tourism market is growing rapidly and appears to be recession proof, according to new research on tourism niches.

A study from Global Industry Analysts a market research firm found that medical tourism is a sector that “continues to grow at a steady rate despite the financial crisis.” With this evidence it seems more countries are looking at attracting more medical tourists.

In February 2012 Panama announced a free health insurance programme for all tourists. The policy will cover them for the first 30 days they are in the country. It is hoped this incentive will draw more medical tourists to the country.

In a news statement, Solomon Shamah, Panama’s director of tourism said, travellers who make use of health services will see that Panama is an “ideal place for medical tourism.”

In Phuket, Thailand, a surge in medical tourism is helping to significantly boost the local economy. Peter Davidson, assistant manager of international services at Phuket International Hospital told the Phuket Gazette that medical tourists “go on tours and spend lots of money, which directly benefits the economy.”

He added, “the number of people coming to Phuket for dental work and plastic surgery continues to expand dramatically”.

Another country which aims to attract more medical tourists is Oman. Apex Medical Group (AMG) has collaborated with the Omani government over plans to build an integrated medical tourism complex in the city of Salalah.

The President of AMG, Dr Abdullah al Joaib said after signing the agreement, the project reflected the “wider international growth of medical tourism, which is predicted to be worth over $100 billion by 2012.”