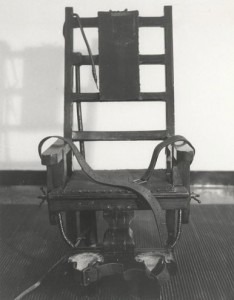 When it comes to food safety, E. coli is a constant threat. Not a year goes by it seems without at least a handful of deaths from infected meat or produce. Case in point: last summer a European E. coli outbreak killed more than 50 people, including several travelers.

But now researchers have found a new way to kill the bacteria: electrocution.

The technique involves passing low-voltage current through infected beef. Scientist Aji Mahapatra and his colleagues found this  effectively killed E. coli even in highly contaminated meat. The samples they used had much more bacteria than normal.

E. coli is known for causing diarrhea and kidney problems. It can be fatal to children, the elderly and people with pre-existing health conditions. According to the US Center for Disease Control about 2,500 are hospitalized each year because of E. coli. And that’s just in the States.

This is not the first study to prove electricity kills bacteria. It’s a breakthrough, however, for proving electrical shocks are a cheap and effective way of killing E. coli bacteria–something that’s badly needed to improve food safety.

Other experimental methods of controlling E. coli include irradiating food with lasers and vaccinating consumers. Unfortunately neither of these methods is especially efficient (particularly where costs are concerned).

So will we be buying tiny electric chairs for our meat and veggies? Only time will tell!