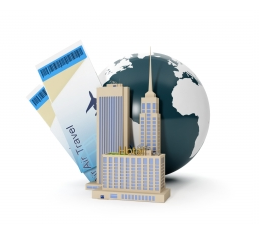 Travel and visa advice for expats with HIV.

According to the Global Database of HIV Travel, there are 67 countries that restrict entry to HIV (Human Immunodeficiency Virus) positive people.

About 10 of these countries refuse entry to HIV positive people (such as Singapore, Egypt, the UAE and Tunisia), and around 30 countries deport foreigners infected with HIV (such as Hungary, South Korea, Malaysia and Russia). Although some of them may offer an HIV waiver, don’t count on being successful if you apply.

To know whether you have HIV or not and whether you are eligible for a visa, a test is required. The ELISA / Western Blot is the standard screening test for HIV. It consists of a simple blood test. The results may take some days to receive but it is official and can be presented when applying for a visa.

Another possibility is a Rapid HIV Test which offers results in 5 to 30 minutes. There are different kinds of Rapid HIV Tests and they can be done with a sample of blood, saliva or urine.

If the test is positive, a Western Blot test should be conducted to confirm the result, as some other conditions such as lupus and syphilis can give a false positive. If the time of infection was less than three months prior to testing, a negative result is not conclusive.

Medical insurance for people with HIV

Problems appear not only when applying for a visa to move to another country but with insurance companies as well. Coverage providers may refuse to cover an HIV positive person because of their medication needs or they may refuse to reimburse the cost of medicine bought abroad.

As the long-term health of people with HIV has improved medical insurance restrictions have eased. Some providers now offer specific plans for expats or travellers with HIV. It pays to shop around to find the best policy for you. Always be honest with your insurer, if you are tempted to lie about your HIV status then your policy is likely to become invalid.

In order to avoid problems in the airport or crossing the border, carry drugs in correctly labelled packages, and include a prescription or doctor’s letter explaining they are for a chronic condition. Take enough medication to last the duration of your trip and account for any possible delays.

Vaccines can be live or inactive. Live vaccines are a weak version of the virus and, if you have a low CD4 count, they are not recommended (especially for vaccinations against MMR and yellow fever). Ask your doctor for an exemption certificate if that is the case, since some countries have mandatory vaccines.

Also, vaccines stimulate the immune system affecting routine blood-tests, including HIV tests, so the doctor should be told about the travel vaccinations in order to avoid misinterpretation of the results.

For detailed information on travel vaccinations and HIV, take a look at the guidelines of the British HIV Association.