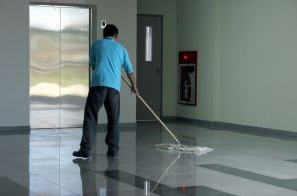 As insurance costs in the United States rise, 10 percent of employers say they plan to drop health insurance for their employees. According to the survey data from Deloitte, 80 percent of companies are not thinking of stopping health coverage. The remainder were not sure. The survey was conducted before the healthcare ruling was upheld by the Supreme Court in June

As the full cost changes of the Affordable Care Act come into effect, 1 in 10 employers are considering dropping coverage. The companies saying they could drop coverage represent only three percent of the total workforce.

It seems smaller companies are more likely to stop health benefits, as reported in the Wall Street Journal. Companies with 10-50 employees were more likely to say they would drop coverage, with 13 percent of them saying they expected to do so in the next one to three years. The majority of larger companies, with more than 1,000 employees, said they would continue to provide health coverage. Companies with less than 50 employees are not required to provide insurance.

Most employers said they would shift more of the costs of insurance on to employees by raising co-pays, deductibles and premiums. One method for keeping costs low is to introduce a defined-contribution plan. Employers give their staff a fixed amount of money to allow them to buy their own health insurance in the open or private markets.

More than 160 million Americans rely on their employers to provide health insurance, but both companies and employees are struggling to keep up with rising costs. The average cost of health insurance rose by nine percent last year while the average wage grew by around two percent, according to Kaiser Family Foundation & Health Research Educational Trust.