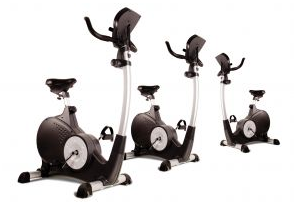 Expats need to consider their health when working abroad and check what incentives their company offers.

According to recent research over half of insurance workers don’t think their employers encourage health and fitness enough.

The research carried out by the British Heart Foundation (BHF) studied over 2,000 professionals from bankers to health care workers. Over 100 surveyed were from the insurance sector, 67% of them claimed their employers didn’t care about workplace health. The BHF said this reflects a national results.

Gym memberships or discounts are a common company perk and an easy way to encourage a healthy lifestyle among employees. The cost of managing employee sickness and absence has been increasing since 2010. It now costs £673 per person compared with £600 in 2010. With this increasing cost companies need to promote fitness and overall healthiness among their staff.

An expat moving abroad on a job assignment might well have some expectations regarding benefits. Salary increases, increased chance of promotion on return and housing are some of things that are negotiable with employers. But in this time of economic turmoil many international companies are cutting what used to be lucrative overseas packages. This includes fringe benefits such as gym memberships.

Employers in Singapore have been drastically cutting expatriate benefit packages because of the popularity of the country with bankers and insurers. Singapore has become an increasingly appealing destination for expats in the finance industry. This surge in popularity has meant companies can cut down on their perks and save money with less risk of putting off potential employees.

If your company doesn’t provide a fitness centre on site there are a range of international gym chains – Gold’s Gym and Fitness First are two large gym franchises. Most large hotels will also have a gym and swimming pool facility than non-residents can use for a fee.