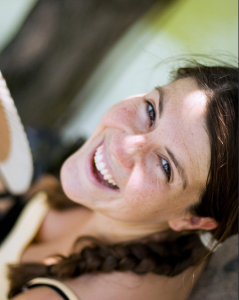 Is there a link between happiness and health?

Expats who are happier living abroad are potentially healthier, according to experts. Happiness has been linked to longevity and a decreased risk of certain diseases.

Researchers say expats who have the opportunity to socialise are better able to adjust. If you combine socialising with doing something you love do you hold the key to happiness abroad?

A recent survey by Lloyds TSB International and the Daily Telegraph said 68% of 1,000 Brits polled claimed they were happier abroad than at home. This figure rose in some areas, with 75.9% of expats in Spain being happier than at home.

Chris Marshall, expat writer for the Telegraph, said he and his wife are lucky enough to be able to “do something we both care passionately about” while living in Spain.

“People who have a purpose or something to do in their lives abroad tend to be happier than those who don’t. Those who are doing something they are passionate about are the happiest.”

All this happiness can only be beneficial to our health. A study in Applied Psychology: Health and Well-Being has revealed that happy people tend to live longer and be healthier than their counterparts. The long-term study found that general negativity, anxiety, stress and depression lead to an increased risk of disease and a shorter lifespan.

Some expats cited enjoying the free things, like great weather and trips to the beach, as making their lives happier. From the survey it seems that it isn’t just one thing that contributes to an expat’s happiness. Perhaps financial stability is a factor, but so is quality of life. Expats who move for financial or career reasons may sacrifice quality of life and therefore their overall happiness.

We can see expat happiness isn’t based on one factor but an all round package. Clearly doing something you love and occupying your time fully will mean a better chance of you being happier abroad.

Hi Bryony!
I really do think so: a happy expat is a healthy person! I can tell you my story by summing it up! I was living a boring life, in a very little village in the north of Italy, I just wanted to change and start a “brand new” life: my real life!So I went abroad, now I’m working! I’m meeting new people from all around the world and from different cultures, it’s great!!! you are allowed to be more open-mind!I have no regrets! I realize that my future is at state, and it’s for the same reason that I want to get involved!Doing things we love makes you feel healthy, it’s worth living at 100%! 🙂