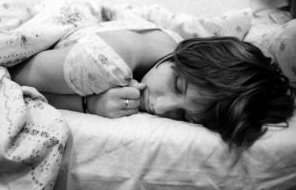 Where you’re from, your race and ethnicity could affect how much you sleep.

On a smaller scale, the second study, from Northwestern University, analysed sleep measurements of men and women in Chicago. The researchers found white participants slept significantly longer than other groups. Black people reported the worst sleep quality and Asians had the highest incidence of daytime sleepiness.

The results were adjusted to account for cardiovascular risk factors that are known to cause poor sleep, such as diabetes, high BMI and high blood pressure. Even after the adjustments the racial differences in sleep still persisted, explained Mercedes Carnethon, PhD, the lead author of the Northwestern study.

Which nationalities are most sleep deprived?

Another report looking at sleeping habits in ten countries found people in Japan spent the least time sleeping, 6 hours, 53 minutes on average. Those in Portugal slept the most with 8 hours 24 minutes the average.

In Japan alcohol was most commonly used to bring on sleep with herbal teas reportedly being used the least. In Japan only 8% of people said they visited a doctor regarding sleeping problems whereas over half of Portuguese would see a doctor.

Research shows that habitually sleeping shorter or longer than the recommended seven to nine hours for adults can be linked to certain higher health risks, such as cardiovascular disease, stroke and accidents, as well as instances of mental or emotional disorders like depression.