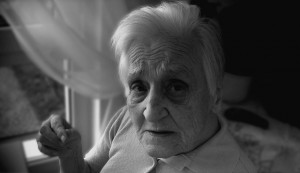 There are an estimated 46.8 million people living with dementia in the world today.

There are an estimated 46.8 million people living with this disease today, and it is estimated to rise to over 135 million by 2050. There is no cure for dementia, there is no way to stop it, to know it’s coming, or to avoid it. And sadly enough, there is no hope for a cure in the near future.

Even with these shocking statistics and facts, the world knows very little about dementia, the costs, the symptoms or the consequences. While it is unlikely that one single individual will find the cure for dementia (although you can donate if you wish to do so), our role as human beings is to stop the stigma and stop the dehumanisation of people living with dementia.

The most common type of dementia is known as Alzheimer’s, affecting approximately 90% of the people diagnosed with the disease. However, other types exist known as Vascular Dementia, Dementia with Lewy Bodies, and Fronto-Temporal Dementia, which affect the remaining 10%.

Until today, there has been no recognisable cause of dementia, although there are some factors that are taken into consideration when making the diagnosis. Signs such as memory loss, difficulty performing familiar tasks, problems with language, misplacing things and disorientation can be early signs of the development of dementia. If you, or anyone you know, is displaying any of these signs, it is important to seek immediate medical attention.

It is important to understand that there is no diagnosis of dementia which is 100% accurate, although a close approximation can be made by collecting a history of the person’s symptoms through a close friend or relative. Dementia cannot be fully confirmed until after death through an examination of the brain. Some of the above mentioned symptoms can also be caused by other things such as depression or even a brain tumour so it is crucial to seek medical opinion.

Where you come in

Throughout the month of September efforts are made to raise awareness about Alzheimer’s. Since 1984, September 21st has been celebrated as World Alzheimer’s Day, and the event has been continuously growing since. Currently, over 80 associations work together to help the world understand the disease.

If you are interested in stopping the stigma, in spreading the word and in being an active part for a better future for people with dementia, you can either attend an event around the world (find them here), or start your own. It can be a gathering, a conference, a support group for people with dementia and their carers or a neighbourhood activity.

Ultimately, if you want to donate money to one of the many associations working for a brighter future, you can also do so. The medical research field is vast and money is put into all types of illnesses and diseases that need immediate attention, but private funds obviously help boost the research too.