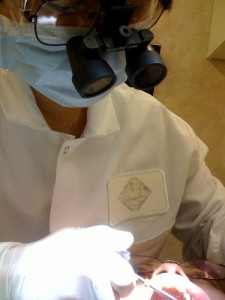 A significant number of British dentists have reported funding cuts as a result of recent NHS reforms, according to the British Dental Association’s (BDA) 2011 Dental Commissioning Survey. 21% of those surveyed said their budget for primary dental care had been reduced by 4% or more, while 18% reported smaller cuts in hospital dentistry.

Dr. Susie Sanderson, Chair of the BDA’s Executive Board, said

[t]he scale of the budget reductions in salaried dentistry that the survey reveals is a concern. This issue is being looked at in more detail by a BDA survey of Accredited Representatives and the results of that research will need to be studied carefully and acted on.

On a more positive note, though 28% of primary care trusts (PCTs) reported they had merged with other PCTs, only 8% said the consolidation had a negative impact on their ability to respond to communities’ health needs. PCTs are responsible for commissioning healthcare from providers–they are to be reduced in number and eventually eliminated under the UK’s 2011 Health and Social Care Bill.

[t]he BDA has fought hard for a new contract and supported changes to commissioning arrangements that we believe will lead to a greater consistency of approach, and this is an encouraging snapshot of progress towards those goals.