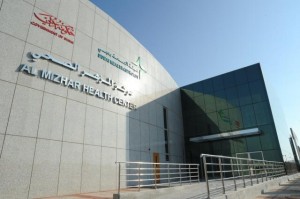 The Dubai Health Authority's mandatory insurance scheme has been delayed till 2013.

The Dubai Health Authority (DHA) recently announced its mandatory health insurance scheme would be postponed till 2013. The delay appears aimed at allowing businesses and individuals in Dubai more time to prepare for the change.

We have the models. But what we need to do is revise the model towards the existing status of the people and businesses in Dubai.

The change in health regulations would require all the Emirate’s residents to hold medical insurance. In its most basic form, employers would pay a minimum Dh 500-Dh 800 a year to enroll each of their employees in a basic medical plan. The scheme was originally announced in 2008. It was postponed for the first time in 2009 due to the global recession.

From the moment it was announced the plan came in for criticism. Businesses called it unfair. Some hospitals voiced concerns about increased patient flow and weak health infrastructure. Others worried that claims verification would be inadequate, and that fraud could run rampant.

According to Manal Ismail in The National, about the only people happy with the plan are Dubai’s blue-collar foreign workers, notoriously underserved by the current system. About 75% of Indian, Asian and Arab expatriate workers are without health cover.

Going forward, the DHA will work to track health expenses in depth, as well as determine the exact amount of cost burden borne by public and private sector facilities. It will then revise the insurance plan accordingly.

“Before we can project increases in budget, we must first know exactly where all the spending is going,” Al Jassmi told The National.