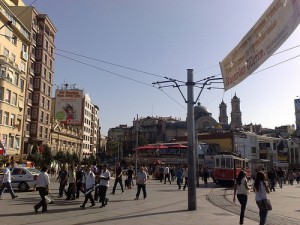 Expats in Turkey must register for Turkey's new social insurance scheme by January 31st or face a fine.

China has gotten a lot of press this year because of its new expat insurance tax, but at the same time Turkey has been quietly plugging away at reforms of its own. At the end of last week it passed the Sosyal Güvenlik Kurumu (or SGK), a new mandatory health insurance scheme.

What’s that, you say? “Many expats?” As it turns out the law doesn’t apply to everyone (though it definitely does to Brits). Hence, all expats living in Turkey with a residence permit of a year or more should contact their embassy as soon as possible to find out whether the new rules apply to them. As for the Brits, Fethiye Times says they must pay into the scheme regardless of whether they have their own private insurance.

In order to register:

According to the Fethiye Times, the law is still being revised. For now we would advise expats not get too steamed up over the new law and simply register with the SGK to avoid the fine.