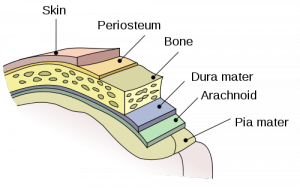 A number of people have come down with meningitis in Kuwait recently, including a Pakistani expat.  While the expat is in stable condition, The Kuwait Times reported another Kuwaiti woman had died from her illness.

Meningitis is a deadly disease caused by bacteria and viruses. It triggers inflammation in the brain and spinal chord, which can lead to serious health conditions such as deafness and epilepsy.

Elsewhere in Kuwait, a third, 60-year old woman was admitted to hospital with the disease.

The news comes as the Kuwaiti government is making a push to improve health standards within the country. According to The Kuwait Times, Undersecretary for Health Dr. Ibrahim Al-Abdul Hadi said the Health Ministry is looking into weaknesses in the health system in the run-up to new parliamentary elections. He said laboratories were one of the areas most in need of improvement.