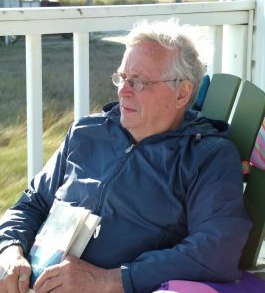 The retired will be made to pay for the medication in new cost saving measures launched in Spain.

With Spain’s economy recently slipping back into a recession. As part of new cost saving measures pensioners are being asked to start paying for their prescriptions. The plan aims to save €3,700 million in healthcare.

Retired and elderly expatriates will be required to pay 10% of the cost of their medicine. Those receiving the smallest pensions will be exempt. Payments will be capped at €8 a month for those making less than €18,000 a year, which is most pensioners. On average, the Government estimates, pensioners will be paying €2-3 a month for drugs.

The measure is aiming to promote better use of subsidized drugs. The Government will talk to drug providers to ensure they offer smaller doses as part of treatment to minimise wastage.

“We know there is excessive spending in medicine, we know that tons of medicines end up in the garbage bin,” Healthcare Minister Ana Mato said at a press conference, noting that Spain is the world’s second-largest consumer of legal drugs.

In addition to the payments for pensioners, Mato said Spain’s government will implement tougher rules on treatments for non-residents, seeking to avoid what she called “healthcare tourism,” a step that may result in around €1 billion worth of savings a year for the country.

People who are employed, but earn less than €18,000 a year, will need to pay 40% towards their prescriptions. This will rise to 50% for people earning over this amount. People who earn more than €100,000 will be charged 60% of the cost of their medication.

“It’s time we end the culture of everything for free,” Jose Manuel Soria, Spain’s industry minister said in an interview in April.

Having read the article please can someone tell me if the 8euros is for each item for for all items?

Quite right having paid full National Insurance contributions for 50 odd years this does seem so unfair, and can the monies paid here in Spain, be re-imbursed via UK. Also I have a UK European Health Insurance card, if I show this to the pharmicist here in Spain, will that exempt me from paying?

Why should British ex pats be charged anything for their prescriptions by the Spanish authorities, as the UK government already compensates the Spanish gov. for expats healthcare.?