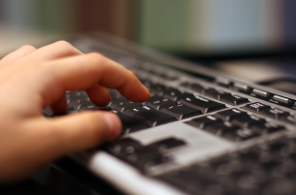 A new scale has been developed to measure potential addiction to Facebook - something expats will be exposed to.

Scientists in Norway have developed an instrument to measure Facebook addiction. With more people connecting online there is a new trend towards social media addiction. Expats are often amongst the earliest and most avid users of online communication tools as they keep in touch with family around the world.

The study, the first of its kind, has come up with a scale to measure a person’s addiction to Facebook. The Bergen Facebook Addiction Scale is based on six criteria, where all items are scored on the following scale: (1) Very rarely, (2) Rarely, (3) Sometimes, (4) Often, and (5) Very often.

If you answer “often” or “very often” on at least four of the six criteria it suggests you may be addicted to Facebook, said doctor of psychology and head of the study, Cecilie Schou Andreassen.

Andreassen has clear views on why people develop addictions to Facebook. It happens more often among younger users than older ones. “We have also found that people who are anxious and socially insecure use Facebook more than confident people, probably because those who are anxious find it easier to communicate via social media than face-to-face,” Andreassen says.

People who are organised and more ambitious tend to be less at risk from Facebook addiction. These individuals will often use social media as an integral part of work and networking. Individuals with a high score on the scale often have disturbed sleeping patterns.

The study shows that the symptoms of Facebook addiction resemble those of drug addiction, alcohol addiction, and chemical substance addiction.

Are expatriates at greater risk?

The HSBC Expat Explorer Survey polled 3,000 expats and showed the importance of social media to people living abroad. Facebook came out at the most popular media channel among expats, with 7 in 10 respondents using it regularly. Of those users over half use it at least once a week or more.

Facebook usage by expats is often far higher than that of the local population. In regions where social media, especially Facebook, isn’t regularly used expats make up the majority of the users. In the Middle East, for example, 68% of expats said they visit the site, compared with 8% of local people.

There are many ways to limit the amount of time spent on Facebook here are some easy steps:

1. Make a time diary – You might be surprised at exactly how much time you spend on Facebook. Be strict and keep a note of how many hours a week you devote to the social network. Once you know, then you can think about more productive ways to spend this time, a part-time job, starting your blog, exercising etc.

2. Use another communication tool – It might sound odd but if you use Facebook to stay in touch with friends and family consider using another method. Skype and email are popular choices. This way you will be restricted to communicating with just your desired audience and not get side-tracked.

3. Take up a hobby – If you feel you are spending too much time on Facebook, try something else. Start learning a language, join a gym, bake cookies, or anything to keep you occupied when you would otherwise be online.

4. Use a timer – If you do need to use Facebook make sure you limit yourself to short bursts. Use an alarm or timer to set boundaries. After half an hour, the timer rings and you must walk away.