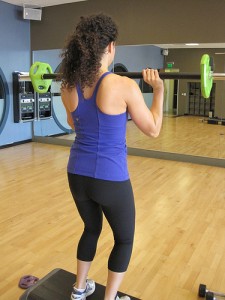 Most expats already know about the benefits of exercise in terms of physical health and self-esteem, but according to new research from the Mayo Clinic it may also help combat more serious mental health conditions. A study by the May Clinic found exercise may actually reduce the risk of dementia, and could even slow the disease’s progress once it has developed.

Dementia is typically seen among the elderly. It is a decline in cognitive function beyond what is normal for a given age. Symptoms include disorientation (in space and time), failing memory, reduced attention span and loss of language skills. Alzheimer’s disease is considered a type of dementia.

Previous research has shown obesity increases the likelihood a person will develop dementia, implying a link between physical activity and cognitive function.

For the purposes of this study, “exercise” was defined as any aerobic activity that raises the body’s heart rate and increases its need for oxygen: walking, gym workouts–even shoveling snow or raking leaves. Brain imaging studies have consistently shown evidence that exercise positively impacts brain activity. Also, animal research has shown exercise improves both brain function and facilitates brain connections (known as neuroplasticity).

We concluded that you can make a very compelling argument for exercise as a disease-modifying strategy to prevent dementia and mild cognitive impairment, and for favorably modifying these processes once they have developed.

Ahlskog admitted more research was needed on the exact nature of exercise’s impact on brain function, but expressed broad confidence in the study’s results, concluding:

Whether addressing our patients in primary care or neurology clinics, we should continue to encourage exercise for not only general health, but also cognitive health.

Just one more reason for expats to hit the gym!