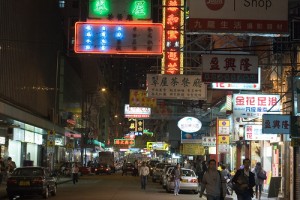 Bupa's 2011 Health Pulse Survey found about half of all people in Hong Kong suffered from a chronic illness.

Nearly half of Hong Kong residents say they suffer from a chronic illness such as obesity, depression, heart disease, asthma, diabetes or cancer, according to Bupa’s 2011 Health Pulse Survey.

49% of Hong Kong respondents said they suffered from a chronic condition, compared to an average 38% across 11 countries (the UK, Spain, Australia, Mexico, India, US, Brazil. China, New Zealand, Saudi Arabia and Thailand). Over 13,000 people of different demographics participated in the survey.

The Health Pulse Survey concluded this to be primarily the result of poor exercise habits–3 of the top 10 causes of death in Hong Kong could be prevented through better exercise habits. 70% of people in Hong Kong admitted to doing less than 2 hours of physical activity each week, 21% of whom said they did not exercise at all. International averages for the survey were 55% and 18%, respectively.

Still, over half of respondents said they would like to exercise more. 49% indicated work commitments were preventing them from exercising as much as they would like. More than two thirds added that they would be more motivated to exercise if they did so as part of a group.

The World Health Organization (WHO) recommends adults age 18-64 should do at least 150 minutes of “moderate-intensity aerobic physical activity” each week, in addition to two hours of muscle strengthening activity.