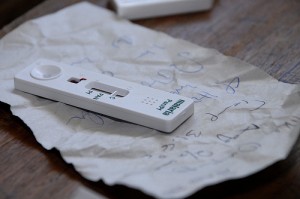 In some countries malaria accounts for nearly half of public health expenditure.

A possible malaria vaccine, PfSPZ, is set to undergo trials this fall, according to the US National Institute of Allergy and Infectious Disease’s Vaccine Research Center. Malaria is one of the world’s deadliest diseases, infecting about 225 million people each year and killing a million. Malaria is a threat in Africa, the Americas and Asia, though the majority of deaths occur in sub-Saharan Africa.

The disease is caused by a parasite, transmitted through the bites from infected mosquitoes. After the bite, malaria parasites travel to the liver, where they multiply and spread to the rest of the body through the bloodstream.

There is not yet a vaccine for malaria, though drugs such as chloroquine and doxycycline can be taken as preventative measures (expats visiting countries with a high incidence of  malaria should always begin a course of anti-malarial pills prior to leaving).

The new vaccine, called PfSPZ, purifies the malaria parasites and then weakens them with radiation. The drug has already undergone animal testing and limited testing on humans–earlier a group of 80 volunteers were vaccinated with no adverse side effects. The fall trial will examine PfSPZ’s effectiveness when given intravenously. Researchers theorize that delivering the drug directly to the bloodstream will produce a much stronger immune response in the liver.

If successful the PfSPZ malaria vaccine would be one of the Holy Grails of pharmaceutical science. Vaccines are the most cost-effective means of preventing infectious diseases, and according to the World Organization, malaria accounts for 40% of public health costs in some countries.