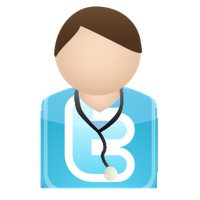 A study by the International Association for Dental Research (IADR) concluded Twitter is an effective means for the public to communicate health concerns and offers healthcare providers a new channel for contacting patients. The study, titled “Public Surveillance of Dental Pain via Twitter,” found Twitter users were already using the site to share their experiences and seek advice from other users. The results were published in the Journal of Dental Research.

IADR looked at 772 tweets specifically mentioning dental pain. Of these, it categorized 83% as “general statements of dental pain;” 22% as “action taken or contemplated” and 15% as “describing impact on daily activities.” 14% of users having taken action or considering it sought advice from other users.

This paper highlights the potential of using social media to collect public health data for research purposes. Utilizing Twitter is an interesting, early stage approach with potential impact in the assessment of large sets of population information.

The study’s release was accompanied by a perspective article, “Using Social Media for Research and Public Health Surveillance,” by Pauke Eke. Eke concluded that public health agencies are successfully using Twitter to distribute public health information, but that challenges remain before it can be used for routine public health surveillance.