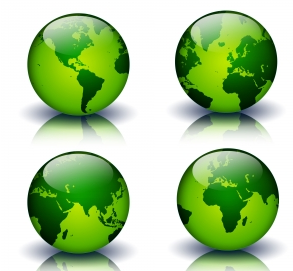 Moving on from the traditional divisions of “world exc. USA” and “world inc. USA”, insurers are now splitting the globe into more parts.

Changes in global trade and emerging economies have forced medical insurance companies to divide the world in different ways. Until the 2000s insurers considered the world in simple terms of “the world, minus the United States”, “the whole world” and sometimes Europe was treated as a separate entity.

Changes have been brought about by China emerging as an economy to rival that of the U.S. and healthcare costs set to do the same (at least in the hospitals expats are likely to use). Medical bills in China for expats are far higher than the other BRIC nations (Brazil, Russia and India).

The way claims or bills are settled is being changed as expats move from the Middle East to the Far East. “In the UAE it was absolutely the norm that customers expected direct settlement of their bills – the policyholder would not have to produce his cheque book or credit card. The insurer would pay direct. In East Asia, the customer paid the bill and was reimbursed,” Kevin Melton, sales and marketing manager of Axa PPP International told The Telegraph.

This shift in expectations is forcing insurers to adapt. They are making direct payment systems with many clinics and hospitals. They have also started pricing premiums for people in Beijing and other areas of the Far East.

Bupa International has ventured the furthest into the “new world” by slicing up the globe seven ways. The most any insurer has previously divided the world is into three parts. This allows Bupa’s premiums to better reflect varying health care costs and risk. To see the logic behind Bupa’s divisions you can compare a routine appendectomy which would cost US$12,000 – 15,000 in Beijing, US$4,500 in Thailand and US$6,000 in Malaysia.

“As we see health care costs increasing in emerging markets where more and more expats are moving, so we are going to a more selective approach to pricing. It’s not just China, Singapore prices are also a worry,” Chris Beardshall, consultant to PMI Health Group told The Telegraph.