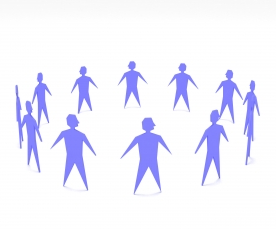 More UK companies would provide medical benefits if insurers could come up with a more cost-efficient alternative to current group plans.

More companies would provide employee medical benefits if insurers came up with a alternative to current group cover. According to a survey on behalf of PMI Health Group, three-quarters of UK employers would fund medical insurance if a more cost-effective alternative to the current group plans was made available.

In order to tackle the £15 billion cost of employee absence due to sickness, the British government recently called on companies to take more responsibility for employee health. However, those questioned for the PMI Health Group study claimed the onus was on insurers to create a lower-cost alternative to private medical insurance (PMI).

In a report released earlier this year from Mercer, data showed annual PMI premiums for small to medium sized companies (SMEs) increased 10% in 2011. SMEs were defined as companies employing up to 200 people. The increases for larger firms in the UK and Ireland over the same period was less, at 4.9%. Data from Mercer’s 2010 pan-European survey on employer health benefits showed that medical inflation across 14 European countries rose by 3.3% in 2010.

“Clearly, there is a groundswell of opinion among employers suggesting large-scale introduction of PMI is simply not viable at the current price,” said PMI Health Group director Mike Blake. “Increasing budgetary pressures created by the economic downturn mean it has become more difficult than ever before for businesses to justify significant outlay on benefits packages for employees.”

Three-quarters of employers questioned by PMI Health Group believed a new PMI product would need to cost less than £300 per head in order to make it viable, while less than 13% said they would not fund cover for employees at all.

Blake added, “As a result, there is a growing demand for a revised medical scheme, which can still meet employee healthcare needs and business goals, such as tackling sickness absence. The challenge is on for insurers to widen the avenues available to employers.”

Blake noted that some new medical plans have been launched at lower price points than traditional PMI plans and he expects other insurers to follow suit.