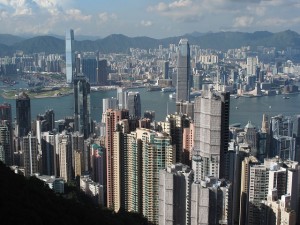 Pacific Prime is predicting a boom in the Hong Kong expat insurance market.

Pacific Prime has reported considerable growth in the demand for health insurance in Hong Kong. As the number of expatriate workers in Hong Kong continues to grow and the cost of living rises, expats are increasingly aware of the need for a private health insurance plan.

With a further population increase of 7% expected by 2017 it is very likely that Hong Kong will maintain its position as a leading expat destination. This is good news for health insurers as more expats mean more demand for health insurance. Hong Kong may have a reputation as an centre of healthcare excellence, but medical attention isn’t cheap in this financial hub.

To take advantage of rising costs and an increasing number of expats, brokers are focussing on the expat health insurance market. In general, the international health insurance sector is seeing a lot of attention in Hong Kong and the wider East Asia region, Pacific Prime noted in a statement.

As many expatriates working here will travel frequently due to work, or return to their home countries on a regular basis, brokers appear to be focusing on transferable health insurance plans, whereby cover will not end upon moving to a different destination, as well as other benefits that would appeal to expats, such as emergency evacuation.

Pacific Prime predicts that as Hong Kong continues to attract global talent, more tailored expat insurance plans will be made available in the coming year.