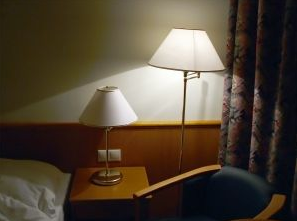 Many expats make use of hotels when first moving abroad - but are you aware of which items have the highest levels of bacteria?

Finding accommodation when you move abroad can be very hard. This is why many expats make the choice to stay in a hotel until they can move into more permanent accommodation. While thousands of people stay in hotels every year, how many think about the health risks?

As people become increasingly concerned with public health, hotel room cleanliness and sanitation are becoming consideration factors for guests when selecting a hotel room. A new study says they should be aware of television remote controllers and housekeeping carts – as these were some of the items with the highest bacterial contamination.

Contact with contaminated surfaces is a possible mode of transmission of illness during outbreaks in hotels. This, combined with the lack of standardization of hotel room cleanliness, poses a risk for hotel guests, specifically immunocompromised individuals who are more susceptible to infection.

The study, shown at the 2012 General Meeting of the American Society for Microbiology, has been investigating surfaces in hotel rooms to look at the level of bacterial contamination. Researchers hope that by identifying high risk items within a hotel room, housekeeping managers will be able to implement more efficient cleaning practices.

Some of the most contaminated samples came, unsurprisingly,  from the toilet and bathroom sink. High levels of bacteria were also found on the TV remote and bedside lamp switch. Considering the study was measuring aerobic and coliform (fecal) bacterial contamination this is quite alarming.

However, some of the highest levels of contamination were found in items from the housekeepers’ carts. These included sponges and mops, which poses the risk of cross-contamination between rooms.

Surfaces with the lowest contamination were the headboard, curtain rods and the bathroom door handle. While researchers cannot say whether the bacteria detected can cause disease, the level of contamination provides a reliable indicator of overall cleanliness.