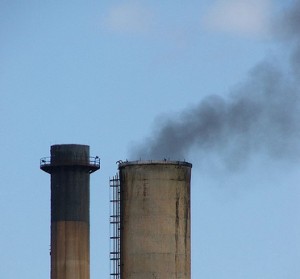 Climate change that has occurred since the 1970s caused an extra 140,000 deaths a year up till 2004, according to the World Health Organization. That rate is now due to rise even further, says the Climate-TRAP project’s health impact assessment. It claims Belgium, France, Spain and Portugal will see the largest increases in “ozone-related deaths” over the next 60 years.

The scientists used emission scenarios and models to assess the health impact of a changing climate. They took projections from two greenhouse gas emission scenarios, A2 and A1B, and two global climate models, ECHAM4 and HADLEY, to simulate how the various future ozone levels are affected by climate change.

Since 1961, Belgium, Ireland, The Netherlands and the UK have seen the biggest impact on ozone-related deaths due to climate change. The results predicted that the biggest increase over the next 50 years is likely to be seen in Belgium, France, Spain and Portugal, who could expect an increase of between 10 and 14%. Nordic and Baltic countries,  on the other hand, should see a decrease over the same period.

Ozone is a highly oxidative pollutant, linked with hospitalizations and deaths due to problems with the respiratory system. Ground-level ozone formation is due to rise as temperatures increase with climate change. The results of our study have shown the potential effects that climate change can have on ozone levels and how this change will impact upon the health of Europeans.

If we do not act to reduce levels of ozone and other pollutants, we will see increased hospital admissions, extra medication and millions of lost working days. As part of the European Respiratory Roadmap, which was launched last month, the ERS is calling for a collaborative approach between health professionals and policy makers, to protect vulnerable populations from the damaging effects air pollutants can have.

Yes Dr. Hans and MR. Marc I agree with your statement climate is rapidly changing due to Ozone layer spoliation. If we don’t take necessary step to reduce levels of ozone and other pollutants than we will see various harmful effect in future such as sun burn, lung decease, heart decease, asthma etc. For preventing Ozone layer we require plantation and banned aerosol and chlorofluorocarbons products.
Support plantation society such as PALS a ‘Pure Air Lovers Society’ working for air cleans. PALS has a innovative Ideas to prevent Ozone layer spoliation by preventing air pollution.
For more detail please visit the website – Pals.in
For PUC check reminder you can register here – pals.in/puc