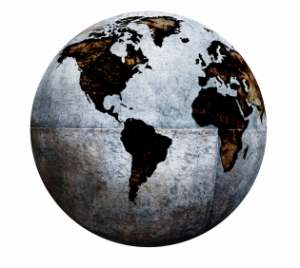 Two new respiratory viruses originating in different regions of the globe have caught the attention of international health officials. The novel coronavirus (NCoV) in the Middle East and bird flu outbreaks in China are triggering fears of global pandemics.

Last week, reports stated the SARS-like novel coronavirus had spread to France where two patients are currently hospitalized with the illness. The first patient probably caught the disease in Dubai and then infected his hospital roommate say health officials. This lends support to the theory the disease can be passed through close human-to-human contact.

NCoV is known to cause pneumonia and sometimes kidney failure. World Health Organisation (WHO) officials have expressed their concern over the clusters of this disease, and its ability to spread.

At the same time, a new bird flu strain, H7N9, has been infecting people in China since March. It has caused 35 deaths out of 130 reported cases. So far there has been no evidence of human-to-human transmission of this disease, something reiterated by Chinese state media on Monday.

Little is known about how the viruses are infecting humans. NCoV has shown signs of being passed from human-to-human contact, while H7N9 appears to jump directly from infected poultry to humans.

WHO recommends good personal hygiene practices such as thorough hand-washing and minimising contact between potentially infected patients and those most at risk (pregnant women, the elderly and young children).