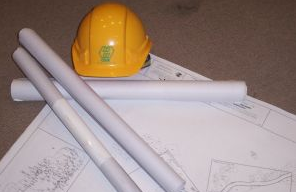 Employers in the UAE are not doing enough to protect their workers when they travel to African malaria zones.

Over the past three years there has been a 61 percent increase in travel to malaria prone African countries, according to analysis of more than 8.7 million travellers by International SOS. The organisation said the number of employers doing risk assessments for employees travelling to Africa was “quite low”.

“There’s a growing awareness but it’s by no means universal, and the people most difficult to convince are those who have gone  five times to a malaria-prone country and have always been healthy,” said International SOS Middle East and Africa Medical Director Dr Beau Dee.

The level of precaution required depends on the type of travel. If you’re going from a five star hotel to the airport and back the risk is relatively low, explained Dr Dee. If you’re going to inspect a mine or travelling around the country then a personal risk assessment is essential.

International SOS group medical director Dr Myles Neri said in a press statement on World Malaria Day, that the UAE was often the headquarters for organisations expanding into Africa, with many of their employees travelling in and out of malaria zones.

“We have seen an uptick in mobile employees from finance, education, technology, manufacturing and the engineering sectors. Many of their employers are unprepared—unaware that even a short trip without the appropriate measures and chemoprophylaxis can be fatal.”

Malaria is often not recognised or treated appropriately in non-endemic countries. International SOS recommended that employers define their policy towards malaria and travel to medium-high risk regions.