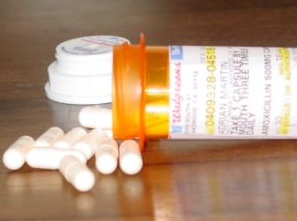 The European Commission is calling on member states to take measures to combat the spread of antibiotic resistant infections.

A major health issue in the EU, and the rest of the world, is the resistance to or misuse of antibiotics. The European Centre for Disease Prevention and Control (ECDC) estimates that each year, antimicrobial resistance (AMR) results in 25,000 deaths and related costs of over EUR 1.5 billion in healthcare expenses and productivity losses.

As resistance increases, the number of effective antibiotics drops, meaning eventually there may be no antibiotics left to treat life-threatening diseases. This is becoming a serious problem as modern medicine relies heavily on antimicrobials. Many surgeries would not be possible without their use.

Without effective antibiotics, critically ill patients have a lower chance of survival. According to the ECDC, in the European Union, Norway and Iceland, 400,000 resistant infections are estimated to occur every year.

The European Commission has now adopted a plan to prevent the rising threat of AMR with 12 actions to be implemented in EU countries. Necessary measures have been identified, including:

On a global level, the World Health Organisation (WHO) has also adopted a plan to combat AMR. Similar to the EU plan, it aims to strengthen monitoring of antibiotic resistance, promote the rational use of antibiotics, strengthen infection controls, promote innovation and research of new drugs and improve awareness and patient safety.

The European Commission is calling on all member states to live up to their responsibility and do everything they reasonably can to combat this health threat.

Mrs Testori Coggi, head of the Directorate-General for Health and Consumers, said: “In order to successfully address antimicrobial resistance, we need to tackle the problem in a comprehensive approach, in which all relevant parties and stakeholders live up to their responsibility to combat this serious health threat in their respective areas.”