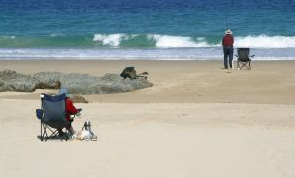 The EU aims to promote active ageing in 2012

2012 is the European Year for Active Ageing. Part of its objective is to promote healthy aging by actively contributing to your local environment.

Retiring abroad doesn’t just mean sitting in the sun, drinking and gossiping with other expats. There are many ways for retirees to stay active and get acquainted with their new homes.

Ann and Michael are Brits who retired to the Mediterranean and keep themselves active by gardening and fishing.

Michael told Escape from America magazine, “I never had time to take my love of gardening further than a few hanging baskets, but now I can spend as much time as I like in the garden.”

Peter, an American who retired to Central America also has an active life as an expat. He looks after a small-holding which provides him with his food, he also does DIY for other expat retirees in the area.

There are many examples of other retired expats setting up charities, organising local fund-raisers and offering their professional services to the community for free. With some determination any expat can get involved with the local community.

The European Year for Active Ageing aims to create opportunities for older members of society to contribute to their communities. To encourage retirees to stay active and promote healthy ageing. It also considers migrants and language difficulties they may face when trying to get involved with their communities.

If you’re an expat (retiree or not) let us know in the comments section what you do to stay active.