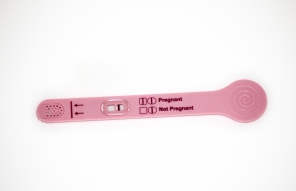 An international study shows global infertility trends have remained nearly the same for the last 20 years.

In 2010 almost 50 million couples worldwide were unable to have a child after five years of trying. According to an international study, this rate has hardly changed in the past 20 years. The study analysed 277 national surveys, allowing authors, led by Gretchen Stevens from WHO, to estimate the levels and trends of infertility in 190 countries from 1990 to 2010.

The authors found that the levels of infertility were similar in 1990 and 2010, with only a slight overall decrease in primary infertility (0.1%, but with a more pronounced drop in Sub-Saharan Africa and South Asia) and a small increase in secondary infertility (0.4%).

Primary fertility rates among women who want to have children vary from region to region. Ranging from 1.5 percent in Latin America and the Caribbean in 2010, to 2.6 percent in North Africa and the Middle East. With few exceptions the patterns and trends for secondary infertility mirrored those for primary infertility.

“Independent from population growth and worldwide declines in the preferred number of children, we found little evidence of changes in infertility over two decades, apart from in the regions of Sub-Saharan Africa and South Asia,” said the report authors.

“In the absence of widespread data collection on time to pregnancy, the methods used and results presented here provide valuable insights into global, regional, and country patterns and trends in infertility.”