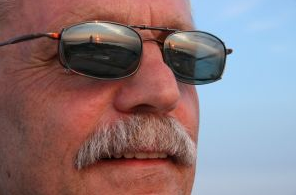 Expats who retire abroad need to consider their health care

Retiring abroad needs to be carefully planned – finances, expected living costs, accommodation and insurance are some of the things that need to be considered. One of the things on many retiree minds is the quality of health care in their new home.

Expat Health has put together information on health care in some top retirement destinations.

Ecuador has become the top retirement spot for bargain hunters according to International Living magazine’s 2012 Global Retirement Index. Health care is not only very affordable but also first-rate in terms of quality. The public system is very cheap compared to the US or Europe but waiting times can be long and the quality does vary from cities to rural areas. The private option is still very affordable and many expats find the cost is half what they would pay in the US.

The Ecuadorian government guarantees senior citizens free health care and medication. They are also exempt from registration fees. All expats are eligible for the Social Security medical programme with the cost at around $57 a month.

Thailand has ranked highly on many global retirement surveys. Attracted by white beaches, friendly locals and a developed expatriate community, more people retire there every year. The health care system has improved vastly in the last 20 years, particularly since universal health cover was introduced in 2001.

The best private hospitals (where most expats go) are found in Bangkok. Overall there are 450 private hospitals in the country which tend to be better equipped and with shorter waiting times than public ones. It is recommended that expats take out private medical insurance when moving to Thailand. Make sure you always have your insurance papers with you if you seek medical treatment or advice.

Spain has been a popular retirement destination, especially for Brits, for many years. The public health care is said to be the same standard as in the UK and has been mostly untouched by the recession. Spain spends a greater proportion of GDP on health care than the UK and has more practicing doctors. British expats of retirement age (60 for women and 65 for men) who want to retire to Spain need to fill in an E121/S1 form before they leave the UK. This will de-register them from social security in the UK. Within three months of arriving in Spain all expats should report to a Foreigners’ Office or police station. There you will get a certificate enabling you to register with the local health insurance office.

Be careful if you are retiring early. For non-working expats under retirement age you must register with the local authority in Spain to receive state health care. Early retirees will be eligible to pay a health tax set by the provincial government, in some cases €1,000 a year.