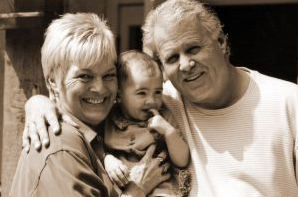 Each generation think they are the healthiest.

This information was gathered during Aetna’s “What’s your healthy?” national marketing and advertising campaign. The website, WhatsYourHealthy.com includes a section for people to define what being healthy means to them.

People from 25 to 64 years old were divided up into three generations, the Millennials (25-36), GenXers (37-48), and Baby Boomers (49-64). The following are some of the results collected from responses on the site:

It seems the older you get the more faith you put into regular checkups and health screenings and the less you worry about the small stuff. More than half of Baby Boomers would tell their younger selves not to “sweat the small stuff”.

Across all generations Americans give themselves fairly high marks on health status, with an average of 70.1 on a scale of 1-100. A third of people said they are living healthier today than they were five years ago, with better dietary choices and harder workouts among the changes made.

Despite feeling healthier, a majority (67%) of people questioned think they need to lose a considerable amount of weight – a median of 25 pounds. At the same time over half (54%) believe you can be overweight yet still healthy.

“These survey results and the conversation we’ve started show that everybody has a different definition of being healthy,” said Robert Mead, senior vice president of marketing, product & communications (MP&C) for Aetna.

“We are committed to improving the health and well-being for all generations, and these insights are valuable as we build new tools and resources to help individuals and families achieve their unique health goals.”