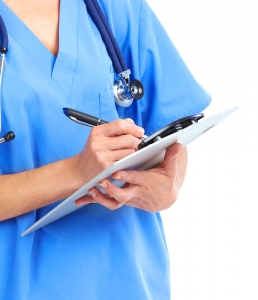 When moving abroad expats are confronted with all manner of things, one of which is ensuring they have some form of health insurance. For expatriate workers companies will often provide benefits, including international health insurance.

Employee Benefits has compiled some important information concerning common health benefits offered to expats to give you an idea of what to expect. The recent survey of 376 HR and benefits professionals revealed the most frequently offered health benefit is private medical insurance (PMI), offered in 33% of cases.

The research also discovered that international employees are often offered life assurance/death in service benefits too (28%), as well as PMI for employees’ dependants (27%) and employee assistance programmes (22%).

Employee benefits organised the survey so that the overall use of expatriate healthcare benefits was reviewed across the entire sample of respondents. This is displayed in the table below, taken from Employee Benefits’ original report.

Referring to PMI’s position as the primary health benefit for expats, this comes as no surprise because many countries do not have an equivalent to the UK’s National Health Service (NHS), and so expats require comprehensive insurance to cover any medical bills.

The comparison conveys a considerable change, with more companies reducing the benefits they do offer, possibly in order to adapt to the current economic situation. Further illustrated by the survey, which found 78% of companies say cost is a factor in which benefits they buy or continue to offer to employees abroad.

An important point worth noting is that expatriate PMI will allow those expats who are not offered the level of medical service overseas they are used to receiving at home to seek care in other countries or return home for treatment.

In light of the research, it is positive to see the variety of health benefits frequently offered to overseas employees. Currently, with many countries cutting or restricting expat access to healthcare, companies are under more pressure to provide expat health benefits to ensure that their foreign workforce is fully covered. Cutting out benefits entirely is not really an option if an organisation wishes to remain an attractive employer and to be seen as providing duty of care.