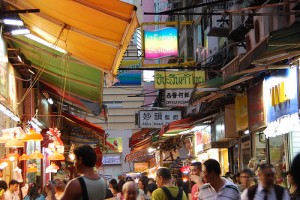 Disturbing news out of Thailand had authorities calling for closer investigation of expat and tourist deaths, reported Alan Morison of The Phuket News. The recent deaths of seven foreigners from either gas or chemical poisoning had drawn criticism of the current procedures.

Too often, local investigating police make the only decision on the cause of death. Chemical tests and autopsies are rare, and cannot be performed on Phuket.

According to the official report from Thai officials:

Despite the best efforts of the Thai authorities and their international partners in undertaking an exhaustive investigation, the specific agents that caused the deaths and illnesses in these events can not be identified and it can not be determined exactly how people were exposed to them.

The report cited tests done in cooperation with the World Health Organization (WHO) and US Center for Disease Control (CDC) as proof of its determination to solve the mystery. “As difficult as it may be to accept,” it concluded, “the precise cause cannot be determined.”

Thai authorities did announce a series of measures designed to prevent similar tragedies from recurring in the future. They include an expert assessment of the use of pesticides and other chemicals in hotels and markets, channels for reporting illnesses among expats and tourists (via www.chiangmaihealth.com or by phone at 053-216592). Authorities also promised tighter regulation of pest control services used by hotels.