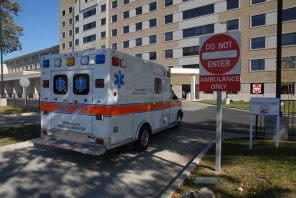 The NHS has been urged to expand its brand overseas to generate profit for the UK health system.

British expats could again see the familiar sight of an NHS hospital nearby if officials get their way. Cashing in on the success of the London 2012 Olympic Games and the international respect for Britain’s National Health Service, officials have urged hospitals to set up profit making branches abroad.

The government has recently announced it is setting up a body called Healthcare UK to help world-famous institutions, such as London’s Great Ormond Street Hospital for Children, to establish overseas branches.

It is understood the investment needed to set up overseas facilities would come from UK hospitals’ private patient work. Since parliament passed the Health & Social Care Act earlier this year the amount of private revenue NHS Trusts can raise has been increased.

The current government is looking for ways to reform the NHS and manage increasing costs. The system is free for all British residents but costs £100 billion a year (US$158 billion) to run.

Critics of the scheme say it could distract hospitals from taking care of NHS-funded patients in the UK. Supporters argue it will provide much needed revenue for the NHS at time of budget cuts, increasing healthcare costs and an aging British population.

World-renowned U.S. hospitals such as Johns Hopkins in Baltimore have already established associated facilities abroad. It currently manages hospitals in Panama and the UAE. For British hospitals, potentially lucrative markets include India, China and the Middle East.