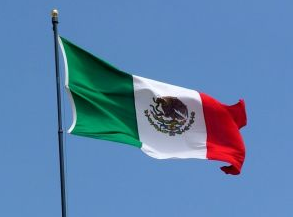 In less than a decade Mexico’s health reforms have provided health coverage to over 50 million people.

Mexico has made drastic healthcare reforms and has achieved universal health coverage in less than a decade, according to a study in the Lancet (abstract). A national health insurance programme, Seguro Popular, was introduced in 2003. Its aim was to provide access to a comprehensive list of health services for the 50 million Mexicans who were uninsured.

Since 2004, over 50 million uninsured Mexicans have been enrolled in the programme. In an article published in The Lancet, a team of health professionals praise Mexico’s progress, which co-author and current minister of health Salomón Chertorivski claims demonstrates “how a middle-income country can transform its health system”.

Previously, Mexicans could only obtain health insurance through employment based social security schemes or private insurance.

Lead author professor Felicia Knaul, of the Mexican Health Foundation and director of the Harvard Global Equity Initiative, said, “In 2012, the ninth year of implementation, the country reached a major milestone in universal coverage. As of April, 52.6 million Mexicans, previously uninsured, were incorporated into the SSPH and the budgetary allocation for universal coverage was achieved.”

The report in the Lancet says evidence suggest Seguro Popular is reducing the incidence of impoverishing health expenses, while improving access to health care services. Despite the success of the policy so far, this isn’t the end. Mexico still has a way to go with its health reforms. The threat of a rise in the burden of noncommunicable diseases is one issue that will need to be tackled. The correct provision of funding needs to be managed to ensure a uniform quality of healthcare in different regions of the country.

Other low- and middle-income countries striving for universal health care can learn from Mexico’s experience. It is clear that any reforms must be enshrined within a legal framework to prevent future political interference. Aside from being the ethically right thing to do, when done correctly, health reform can boost a nation’s economy.