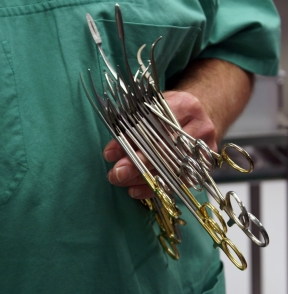 Falling ill and having to stay in a foreign hospital is the number one fear among British travellers.

As the British summer gets off to a disappointing start, people turn their thoughts to beaches and sunshine, with Spain still being a top destination for British holidaymakers.

According to an independent survey, British travellers’ greatest fear when venturing abroad is falling ill and having to go to a foreign hospital. The report, from telephone interpreter service, i-interpret4u, asked 2,000 holidaymakers what they were most concerned about when going abroad.

The results showed the majority (83%) of respondents worry about going abroad, leaving only a small proportion seemingly at ease with the idea. While being ill and having to make use of foreign health facilities was people’s biggest worry, the second most cited fear is a lost passport, followed by losing luggage.

Thousands of pieces of luggage are lost or misplaced every year, with numbers peaking in the summer months. Always follow procedure and report a missing suitcase before you leave the airport to avoid delays with any compensation later.

No excuse for travelling without insurance

The results also showed women are almost twice as likely as men to worry about travelling abroad. The third biggest fear for women is getting mugged or attacked on holiday.

A large proportion (85%) of people don’t worry about being able to speak the language when they go abroad. This does make us wonder, if more people knew the language basics when they went abroad, would some of the fear go out of having to use foreign hospitals?

i-interpret4u Director Michael French told Wanderlust magazine, “Travellers will often think that it can’t happen to them; sadly it does and ensuring you have taken out adequate, not the cheapest travel insurance is of course important – and for less than the cost of a bottle of good wine, there’s no real excuse for travelling uncovered.”