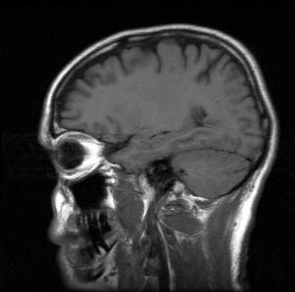 Scientists have found that the way an adult learns a foreign language can affect the way their brain processes the language. Adults who undergo immersion, where they are completely surrounded by language examples, tend to have brain processes similar to that of native speakers.

These results of the brain study, published in PLoS ONE, indicate that immersion learning is more effective than traditional classroom studies. Good news for expats, who have a higher likely-hood of being immersed in a language. The research also suggests that language knowledge can become consolidated in our brains, much like learning to ride a bike or how to play a musical instrument.

“We have confirmed that adults learning a foreign language can come to rely on the same brain mechanisms as native speakers of a language, and that this could be true even for those parts of a foreign language that are particularly difficult to learn, such as its grammar,” explains Michael Ullman, Ph.D., a professor of neuroscience at GUMC and senior investigator of the studies.

Though the research confirms that adult language learners may be able to achieve native-like processing of grammar, it isn’t clear how they can achieve this. The question is whether classroom learning with many grammar explanations is more or less beneficial than immersion exposure, where there are no explanations but a lot of language examples?

Previous studies have found that classroom exposure results in better learning than immersion. However no studies have looked at the brain mechanisms after different types of learning. For the study participants were taught a simple, made-up language with grammar rules similar to actual languages but different from their native English. The results showed that only immersion led to full native-like brain processing of grammar.

“So if you learn a language you can come to use native language brain processes, but you may need immersion rather than classroom exposure,” said Ullman.

Do you forget a language if you don’t use it?

This study asked an additional question: What happens after you’ve reached a high proficiency in a foreign language, if you’re not regularly exposed to it? Do you lose the use of any native-language brain mechanisms you’ve attained?

The researchers called the study participants back five months after the end of the study, without prior warning. Because the language was made up, the scientists were sure participants had had no exposure to it in those five months. The results were quite surprising in that participants became more native-like in their brain processing of grammar. This was true of both classroom and immersion groups. Though only the immersion group showed full native processing.

Ullman believes that, over time, memory of the language was “consolidated” in the brain. He says this process is probably similar to the consolidation of many other skills that a person might learn, such as learning to ride a bike or play a musical instrument.

For expatriates this is good news as most will be in an immersion situation when trying to learn a new language. This will result in them processing grammar like a native speaker and retaining the language even after a period of no exposure to it.

Language immersion doesn’t work with older people…….. they are embedded in their own language.
Also there are other factors involved( Social/work/ Ed… connections… etc.)
Older people are not usually confronted with this issue..but it is an interesting issue none the less!……….Older is not dumber lol.
Trust me.!……. I struggle with my new second language..despite a Uni Ed.

Thanks for the comment Jane – I’m currently living in Spain and find it is much easier to pick up the language as it is all around me. That said, I also remember some of the French I learnt at school – it’s slowly being taken over by Spanish though! Good luck with your French dictionary 🙂

Learning languages needs some serious studying so I can believe these findings. I still remember French from school 15 years ago. Thanks for the share I am inspired to go and pick up the French dictionary again!