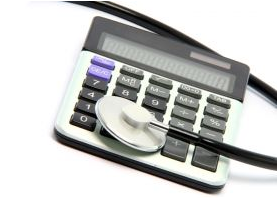 Countries much less affluent than the United States are developing universal healthcare, leaving the U.S behind.

China – this massive country is on track to provide healthcare for 90% of its 1,400,000,000 residents. After years of a struggling, underfunded health service, the state has now planned a $124 billion overhaul of the system over three years.

Mexico – A decade ago less than half the population was covered for healthcare. Now the government has completed a campaign over the last eight years for universal healthcare. This has improved Mexicans’ access to treatment for life threatening diseases such as, breast cancer and leukaemia.

Thailand – a country where the GDP per person is a fifth of that in the U.S, less than 1% of the population are not covered by health insurance.

Many countries are still struggling to improve the quality of their medical care. Eastern European countries, after the fall of the Soviet Union, dismantled their universal coverage to set up free-market economies. Increased demand for health insurance has driven nearly all these countries to start rebuilding their universal healthcare systems.

Making healthcare affordable remains a challenge for most countries, as it does for the U.S., where about 15%t of the population lacks coverage. But the international drive to provide healthcare for everyone is increasingly leaving America behind.

“This is truly a global movement,” Dr. Julio Frenk, a former health minister in Mexico and dean of the Harvard School of Public Health told the LA Times. “As countries advance, they are realizing that creating universal health care systems is a necessity for long-term economic development.”