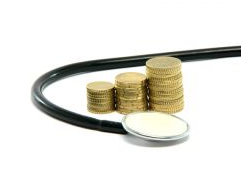 The EHIC isn’t meant to replace health insurance for expats and shouldn’t be used by long-term visitors.

The European Commission is launching legal action against Spain over some hospitals refusal to accept the European Health Insurance Card (EHIC) it was reported last week.

The commission is investigating complaints of hospitals rejecting the card and telling tourists to claim on their travel insurance instead.

With thousands of tourists visiting Spain every year it is important that people know whether they are covered by the EHIC and what it entitles them to.

The most important thing to remember is the EHIC is not a replacement for private medical insurance or even travel insurance. If you are an expat living in Spain the EHIC won’t cover your health care. Expats living and working in Spain can enroll in the state health system the same as a Spanish resident. For more information on what British expats in Spain are entitled to, check the Foreign and Commonwealth Office website.

The EHIC is designed for EU residents and entitles them to emergency public care for short periods in other EU countries. It also covers existing conditions, but if a doctor assesses you as fit to travel, treatment will be put on hold until you return home. The card entitles holders to the same health care as a resident of the country you’re visiting: it won’t enable you to access private care however.

As an expat, your EHIC offers access to short term cover only and so it will run out at some point. If you then try and source medical insurance, you may need to declare your medical history and so could find problems trying to insure any conditions that you had treated under the EHIC.

“Whilst the position of the short term holidaymaker should be relatively straightforward, those on longer breaks and those who have moved abroad may well find themselves in a medical insurance black hole, unless they have taken professional advice.”