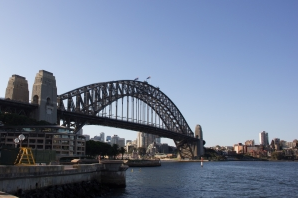 Physical inactivity is the biggest risk for women over 30.

Physical inactivity is the biggest threat to Australian women’s health, posing more of a risk than smoking, obesity, or high blood pressure, reports news.com.au this week. The research, carried out by the University of Queensland, shows women over 30 who don’t exercise are at the greatest risk of heart disease, Australia’s biggest killer.

In women aged 22-27, smoking was, as expected, the most serious risk factor but after the age of 30 the risk begins to drop off, with lack of exercise becoming the biggest cause of heart problems. The Australian Longitudinal Study on Women’s Health, published in the British Journal of Sports Medicine, tracks the health of more than 32,000 Australia women.

Researchers warned the dangers of an inactive lifestyle were being underestimated, and deserved to be a much higher public health priority. The risks associated with smoking, being overweight and high blood pressure are well known, the dangers of physical inactivity are being under-publicized.

“Continuing efforts to encourage people to stop smoking are warranted, but much more emphasis should be placed on physical inactivity,” she said.

“If all over-30s followed recommended daily exercise guidelines – 150 minutes of at least moderate intensity physical activity – the lives of more than 2,600 middle-aged and older women could be saved each year in Australia alone.’’

The study is one of the first in developed countries to look at how lack of exercise affects women specifically. Last month the UK government warned the country has become less physically active than at “any time in human history”, reported the Independent. The report called for more funds to be allocated for footpath and cycle track building, as well as an independent body dedicated to improve physical fitness.

Study co-author Dr Toby Pavey said the low levels of physical inactivity in women over 30 could be due to women starting their families later in life. The demands of small children were now falling later.