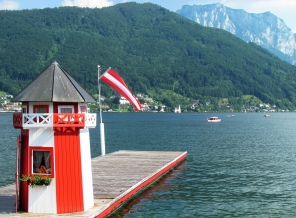 A clampdown on international workers in Austria is providing opportunities for insurers.

The economic crisis has affected all European countries to some degree and while Austria isn’t featured as often as Greece, Spain, or Italy, savings and cuts are still being made.

To cover the rising cost of healthcare in the country, increasing numbers of audits are being carried out to ensure companies are paying their health insurance contributions. On the other hand the government is also focussing on expats living and working in Austria, particularly for embassies and international organisations.

In the past these people have simply been overlooked, but with growing costs and cuts to the healthcare budget the austriantimes.at reports there is a marked effort to ensure foreign workers pay their contribution to Austria’s healthcare system.

Many international employees in Austria will want to consider a private insurance policy from now on, as certain types of workers will be excluded from statutory health insurance. They include, amongst others, diplomats, embassy staff, and the domestic staff of diplomats.

The cost of a hospital bed in the Vienna General Hospital (AKH) is currently around €1,200 for an expat. This is only the cost of the bed, without including any treatment or care. For someone who doesn’t have insurance, the total could be as much as €10,000-€20,000 for a hospital stay.

Michael Kirchberger, general manager of VbK Versicherungsservice which specialises in the requirements for expats with regards to medical insurance said: “it is more important now than ever that these people get individual insurance contracts at their own initiative to protect themselves from the financial consequences of illness.”

VbK has realised this crackdown on expat employees, and the exclusion of some from public health insurance means the demand for private insurance will increase.

“We actually had a lot of requests recently because of the clampdown and we ended up developing an insurance policy especially for embassies and international organizations based on what people telling us, and also after talking with the Austrian Foreign Ministry about what they want people to have.”