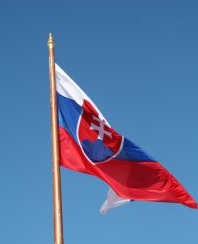 Slovakia’s government is backing a plan to create a new, single health insurance in 2014 by nationalizing the private insurers.

Slovakia’s government has this week voted to create a single state-owned health insurer from 2014. The plan would include the possible nationalisation of the country’s two private health insurers. “We want one health insurer in Slovakia,” Prime Minister Robert Fico told journalists in Bratislava.

“If we don’t reach an agreement with the owners of private health insurers by the end of next year we will use a legitimate course of action like nationalisation,” he added.

Fico said earlier this year that Slovakia could either buy out the private insurers or nationalise them with compensation. The price would be set by international auditors.

Currently, all Slovak citizens have to pay for health insurance, but they can choose between the state-owned General Health Insurance Company (VsZP) or two privately-owned companies: Dovera, controlled by a Czech-Slovak private equity group Penta, or the Union insurance company, owned by Dutch insurance group Eureko.

While Slovakia’s public healthcare system is chronically underfunded, Prime Minister Fico has criticised private insurers for making a profit on public funds. He has long insisted public fund spent on health care should be used in a way that benefits public health care providers.

Around 1.8 million of Slovakia’s 5.4 million people are insured by the privately-owned companies, with the balance paying into the public system. The public and private coverage only differ slightly in terms of advantages. People with private insurance may find waiting times for certain treatments are shorter than in the public system.

More than 10,000 people have signed a petition against moving towards a system of single state-owned insurer, according to the healthcare think tank Health Policy Institute.