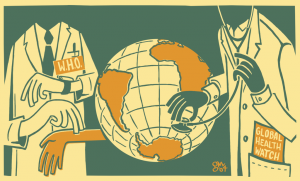 WHO statistics might not always be relevant to expats.

In 2000, the World Health Organisation (WHO) ranked countries in terms of overall standard of health care – at the top, the list reads like a “who’s who” of wealth and high standards of living.

Japan, Singapore and Switzerland all feature in the top twenty. Those at the bottom – Angola, South Africa and Afghanistan all have expat populations – so are they really that bad for foreigners? And are those at the top that good? It depends which category you fall into.

There are a few things about the WHO list which don’t come as a surprise. Of the top ten countries, seven are in Europe (the other three are Oman, Singapore and Japan). The bottom ten are all in Africa bar the very worst – Burma. The WHO’s methodology used to compile the list has been fiercely criticised – so much so that the organisation refused to publish a revised ranking in their 2010 report.

Above all, the list is skewed by socioeconomic factors such as GDP. Additionally, low life expectancy in sub-saharan Africa chiefly due to malaria and HIV bring down scores massively for many countries in the region. It’s perhaps no coincidence that those countries ranked lowest for health distribution are those where there is little or no public health provision, and most cannot afford to pay for high quality private care.

Not black and white

For expats, however, this isn’t the whole story. Foreigners living in the countries ranked lowest, whether working for NGOs, in energy industries, or for other reasons, are likely to be able to afford treatment at high-end clinics and therefore be affected comparatively mildly compared to the local population.

It has been said of Angola for example (which features 9th from bottom in the world rankings) that there are more Angolan doctors in any other given country in the world than there are in Angola. True or not, the country undoubtedly has a chronic shortage of doctors. Bad news if you’re a poor Angolan with a serious ailment. But for expats, most of whom work in the lucrative Angolan oil and mineral extraction industries, paying through the nose to see a private physician isn’t a problem.

The WHO list opens up a broader point about types of expats and the kind of health care they can afford. The example just mentioned would assume that all expats are moneyed individuals taking their professions to lucrative markets abroad.

But who should we consider to be an expat? Retirees? Short-term migrant workers? The latter may, in many ways, be considered the polar opposite of the kinds of expats working in the African oil industry. Poor Indians, Sri Lankans and Nepalese attracted by construction jobs in wealthy Arab oil states are a good example. For them, the established health care system goes against them in a different way: it’s financially out of reach. The recent scandal in Qatar – where thousands of Nepalese migrant workers were discovered to have been severely mistreated, many of whom died from heat exhaustion and heart attacks – starkly highlights the problem. Their deaths could have been prevented if they had had access to proper health provision.

What this shows is that expat health issues aren’t always as black and white as taking out an insurance policy and finding a good local clinic. Expats can be divided up into tens of categories, each with a specific set of advantages or problems – health being just one of them. The WHO’s rankings may be a useful indicator for governments and think tanks – but potential expats should ignore them when considering a move abroad.