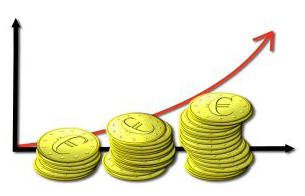 The cost of health insurance is set to rise by up to €200 in some cases, with the introduction of a new bill in January.

With the introduction of a new bill next year the cost of health insurance in Ireland is set to increase significantly. Currently, every adult with health insurance is paying a temporary levy of €285 and €95 for children. This is part of a temporary risk equalisation scheme, which allows older and sicker people to buy insurance at the same cost as younger and healthier individuals.

New rules on risk equalisation come into effect next year and could increase premiums by up to €200 for a family of two adults and two children. Under the new rules, which start from January, there will be four separate rates. One for children, one for adults, one for people with cover for public hospitals only and a fourth rate for private care coverage.

Meanwhile, the Irish Department of Health has come to an agreement with private insurers to advance a payment of €125 million to publicly funded hospitals over the next two months. The money is a one-off payment for private patients who have already been treated in public hospitals, but where detailed claims haven’t yet been received by their insurance company.

This one-off payment will help ease the €370 million budget overrun of the Health Service Executive (HSE), which runs all publicly-funded facilities in Ireland. Health advocates are worried the new measures will mean some people are unable to afford health insurance in a market that has already seen several price hikes in recent months.

Irish healthcare has undergone major cuts this year as part of sweeping austerity reforms. The HSE plans to cut the use of agency workers by 50 percent, reduce staff overtime by 10 percent and cut 200 home-care packages per month. This strategy, coming into effect next year, aims to help Ireland stay within budget targets defined by the Irish government and Troika.

“These reductions occur at a time when demand for health services continues to grow”, a statement from HSE said.

Very good brief and this post helped me alot. Say thank you I searching for your facts about Irish health insurance ………………..