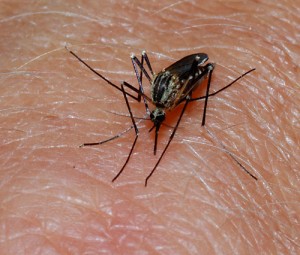 Between July and August 11th, West Nile Virus infections have been reported in Albania, Greece, Israel, Romania and Russia, according to the World Health Organization (WHO). WHO attributed the apparent spike in cases to better reporting practices and hot, humid conditions favorable to mosquitos, the carriers for the virus.

West Nile Virus is unusual in that it produces no symptoms in 90% of humans infected. The other 10% experience symptoms ranging from 10 days of flu-like symptoms to life-threatening conditions such as meningitis or encephalitis. According to data from the US Center for Disease Control (CDC), about 1% of cases are fatal. Elderly people are at greatest risk for developing the most severe complications.

The WHO statement urged public health authorities to take an active role in managing the disease:

Efforts to prevent disease transmission should focus primarily on personal and community protection against mosquito bites. The general population, especially in the affected areas, should be informed about the typical presentation of the disease and vector control strategies, particularly in the domestic environment.